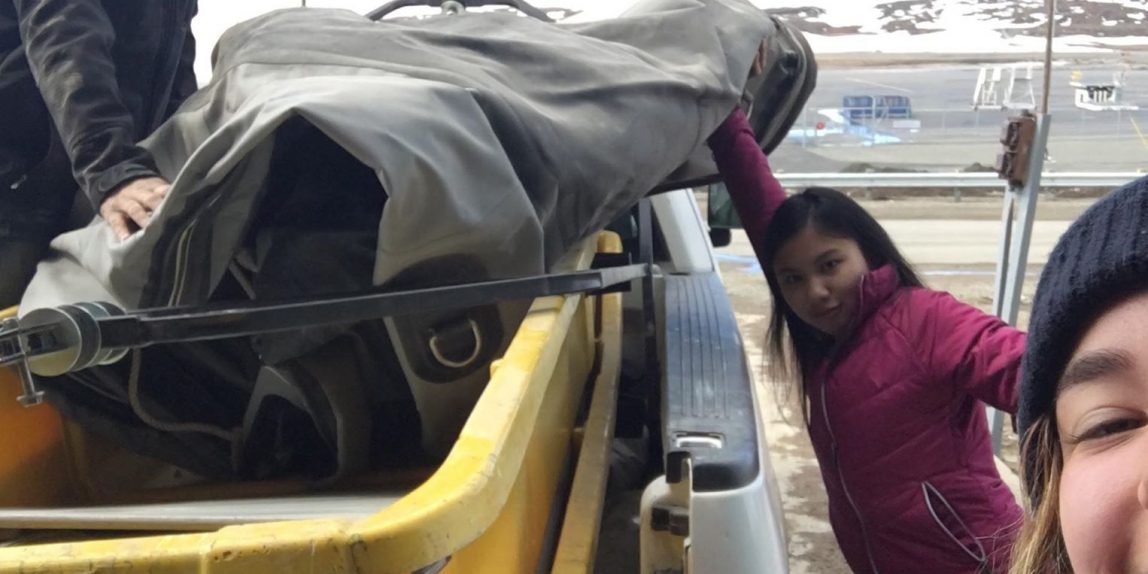 The lakes that #teamwater sample can be deep, sometimes chest waders simply won’t cut it. For the deeper lakes, we’ll need a boat.

#Teamwater set out on this simple task, starting by asking around the NRI if this Zodiac boat did indeed exist, with responses varying from “yes, somewhere” to “I have no idea.” The team later enlisted the help of multiple people from the NRI and the Arctic College, who took them to the NRI shed off campus. The group tore apart the shed, initially only finding boats that were locked up, unavailable for use.

The team continued to dig. One team member disappeared entirely into the depths of the shed. We’re still waiting to hear back from him.

Eventually we found a boat!

But it was too large. Then we found another boat!

But there was a hole in it.

Finally, the kind people at the NRI’s water lab gave us permission to use their boat. We inflated it and it was glorious.

But we later realised it was too heavy to bring into the field.