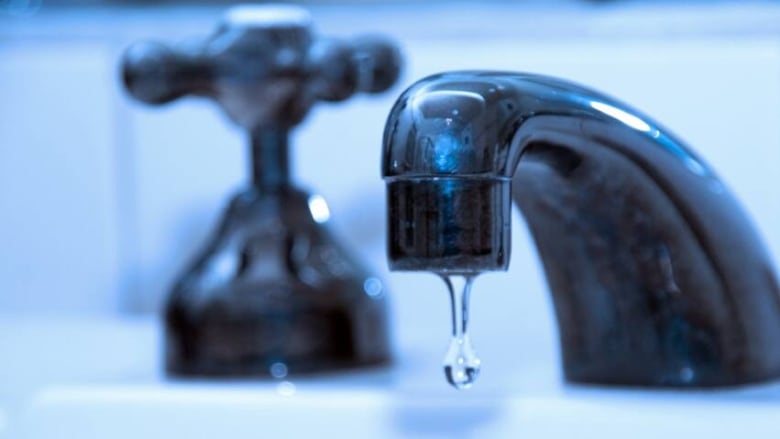 A joint study from York University and Waterloo University suggests that municipal planners in Iqaluit have a serious problem with the city’s water supply. (iStock)

Iqaluit may face a water shortage within five years, owing to shifting seasons, faster warming in the Arctic than anywhere on Earth and a growing population.

That’s what a new study from researchers at York University and the University of Waterloo has concluded. The findings, published in the journal Environmental Science and Pollution Research, suggest that an aging infrastructure is already causing issues in water delivery, which would be compounded by climate change.

Water shortages aren’t unknown in Arctic cities and towns. It’s difficult to get water from lakes that are frozen for most of the year, and while the lakes may be vast, they’re usually quite shallow, said Andrew Medeiros, co-author of the study.

Iqaluit gets its water from Lake Geraldine, but in 2015, it released plans to use the Apex River to the south as a secondary source.

But this concerns Medeiros, who feels this supplementary source won’t be a solution to the city’s water woes.

In a 2016 study, Medeiros, who studies climate change and climate modelling at York University, found that the average consumption of water in Iqaluit was roughly 350 litres per person per day. That’s much higher than the average Canadian consumption of approximately 250 litres. And in Rankin Inlet the number is astonishingly high: 950 litres per day.

It’s not that people in Iqaluit or Rankin Inlet are water wasters: before the water even makes it into a residence, much of it has leaked or bled out. The problem is aging pipes that crack and leak in the harsh climate. And unlike in cities such as Toronto, which draws from Lake Ontario, the wasted water doesn’t flow back to the source — it’s gone.

“Based on conservative estimates, that lake has enough water to sustain about 7,500 people,” Medeiros said. “The problem is, Iqaluit is larger than 7,500 people, especially in the summer.”

Drawing water from the Apex River is a temporary fix, Medeiros said, as the river simply doesn’t have enough water to be viable as a long-term supply.

Using data such as flow and volume, the researchers modelled an unrealistic scenario: the use of all the water that flows in the river. Then they worked down to 45 per cent and to what the Department of Fisheries and Oceans actually allows — 10 per cent water use.

“We found that even if you drained that river completely dry, you still run out of water,” Medeiros said. “It’s not sufficient. And that’s not even taking into account climate change … you add on top of that climate projections, and it’s our projection that there will be reduced snowfall in the time — and this is the critical part of all of our work —  the time in which you need the water, there will be less water.”

It’s not that there won’t be rain or snow, but the shift in seasons will mean earlier melt, for example. Or there may not be snow melt at all during times when it’s needed, he said.

“You don’t need water necessarily in May; you might need it in June. But all the snow’s melted before June. Well, that’s a problem,” he said. 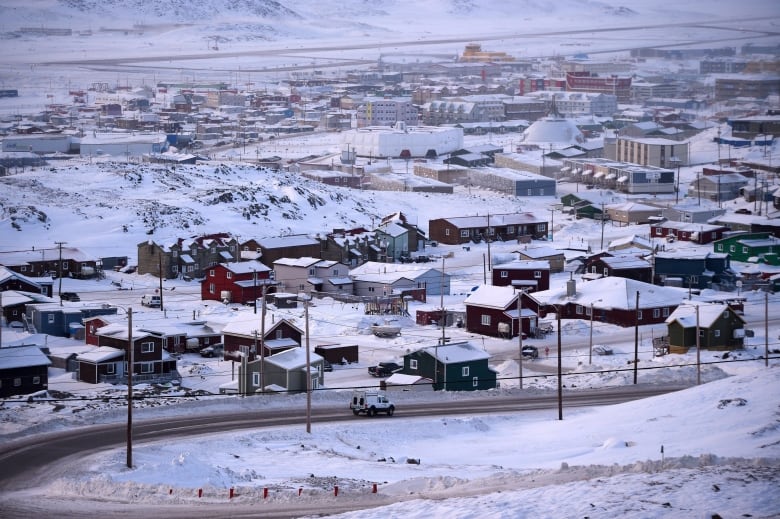 Iqaluit has grown from a population of 2,700 to 8,000, but struggles with infrastructure such as water supply.(Sean Kilpatrick/THE CANADIAN PRESS)

And taking into account 50 years of climate data, they found that should there be less rainfall and snowfall, or even extremes, they’d need “an astronomical amount” of river water to sustain the population.

“They will run out of water in any year in the next five years. It could be this year, it could be next year, it could be the year after that. They will run out of water at the end of winter in the next five years. That’s a severe problem,” Medeiros said. “And they need a solution very quickly. And what they’re saying is not ethically possible.…That’s strong language, but that’s how bad it is.”

By 2024, the city would be in a perpetual state of being unable to restore its water supply.

When reached for comment about this study, the City of Iqaluit responded by email.

“Ensuring an ample supply of clean and regulated water for residents is a top priority for the City of Iqaluit,” it said. “The city is working closely with all levels of government to ensure the long-term viability of delivering safe water for current and future needs.”

The city would not comment on the report itself, saying it was not commissioned by the city.